Judge Yvonne Gonzalez Rogers ruled today on the Epic v. Apple case. It seems pretty clear to me that Apple got a huge victory, and Epic was served an even huger loss. But read for yourself. There are three documents:

I dunno, that sounds like a massive concession was won...

If an IBM Leadership Shakeup Falls in a Forest, but No One Is Around to Hear It, Does It Make a Sound? by John Gruber
Wednesday July 14th, 2021 at 11:36 PM

IBM President Jim Whitehurst is stepping down from the No. 2 leadership position at the company less than three years after IBM acquired his former company, in just one of several leadership changes announced Friday.

Did you catch this story 12 days ago? I almost didn’t. IBM is still a very big company — #42 on the current Fortune 500 list — but they’re just not relevant in the way they used to be, or the way today’s big 5 tech companies are.

It wasn’t too long ago — 20, 25 years? — when a leadership story like this at IBM would have been all anyone in tech talked about for weeks to come. They’ve been diminished not because the government broke them up or curbed their behavior through regulations, but simply because they faded away. It is extremely difficult to become dominant in tech, but it’s just as difficult to stay dominant for longer than a short run.

Internal Letter Circulates at Apple — and Leaks to The Verge — Pushing Back Against Returning to the Office by John Gruber
Saturday June 5th, 2021 at 7:16 AM

1,400 words to say they’d prefer a policy that allows teams within Apple to determine their own remote work policies. Good communication is to the point, and this is not to the point at all. No wonder the letter-writer(s) feel “unheard”. It’s hard to get through the whole letter, and if you do make it through, it reeks of self indulgence. Some serious ✊🍆 vibes. The “formal requests” at the end about employees with disabilities and the “ environmental impact of returning to onsite [sic] in-person work” are such transparent pandering. (I have never once heard of Apple not doing whatever it takes not only to accommodate employees with any disability, but to make them feel welcome.)

And who are these people who took jobs at Apple not knowing the company’s on-site culture? Do they think Apple built a new $4 billion campus on a lark? Three days a week on site and two days remote is a huge change for Apple.

Given that these letters keep leaking to Zoe Schiffer at The Verge, I can’t help but think that the problem for Apple is that they’ve grown so large that they’ve wound up hiring a lot of people who aren’t a good fit for Apple, and that it was a mistake for Apple to ever hook up a company-wide Slack. Companies are not democracies, but the employees writing these letters sure seem to think Apple is one. It’s not, and if it were, the company would sink in a snap. Apple’s new “three days on site” policy wasn’t a request for comments — it was a decision — and Tim Cook’s company-wide letter already leaves room for individual teams to adjust it to their own needs.

Companies aren't democracies, but neither are they dictatorships. Employees can express their preferences and opinions, and if their employer doesn't listen they can vote with their feet. Apple certainly compensates its employees well, but so do several of their competitors.

Ladies and Gentlemen, DNA Lounge will be open for your indoors, in-person festivities on Saturday, June 19th!

Our lineup that evening begins with Hubba Hubba Revue at 7pm, the full, seated Big Show; then at 10pm, we bring you the triumphant return of Bootie Mashup! And in Above DNA, Xile Collective presents Lower Underground!

Obviously the Feds or the State might pull the rug out from under us on this, but our understanding as of today is that in mid June, all restrictions will be lifted in California, and we get to party like it's 2019. Or, "The Full Florida", as I've been calling it.

We are all incredibly excited to invite you back into our house, show you our lovely remodeling and upgrades, and return to something like normalcy -- after having been closed for (what will have been) fourteen months!

I'm sure you have questions. I probably don't have answers. We're all still figuring this out. 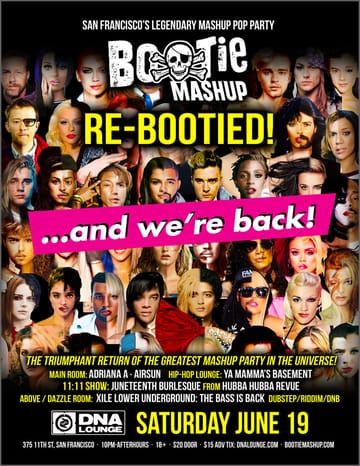 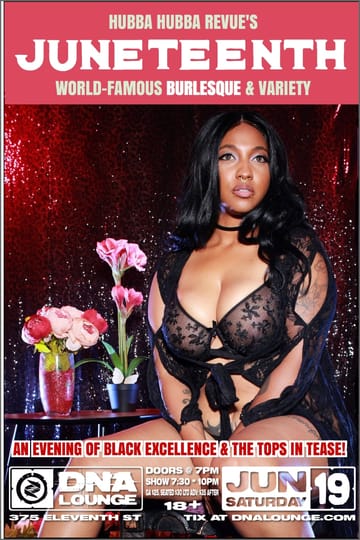 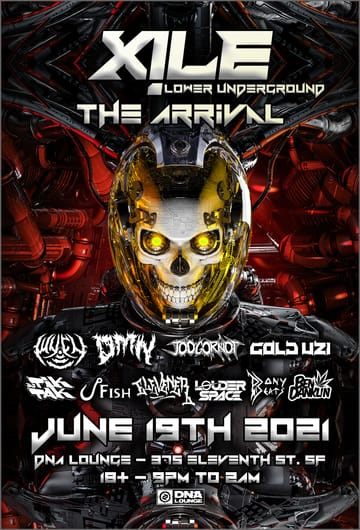 Tickets are on sale now.

“I think the guidelines should be based on science and practicality,” said Dr. Marr. “People only have so much bandwidth to think about precautions. I think we should focus on the areas that have highest risk of transmission, and give people a break when the risk is extremely low.”

Dr. Marr uses a simple two-out-of-three rule for deciding when to wear a mask in public spaces or when she doesn’t know everyone’s vaccination status. In these situations, she makes sure she’s meeting two out of three conditions: outdoors, distanced and masked. “If you’re outdoors, you either need to be distanced or masked,” she said. “If you’re not outdoors, you need to be distanced and masked. This is how I’ve been living for the past year. It all comes down to my two-out-of-three rule.”

This is fine advice — for the unvaccinated. But those of us who are vaccinated have no need to wear a mask outdoors or indoors, other than for social compliance. This article should have been published months ago, not last week. Articles published now should emphasize that getting vaccinated is our way out of this “face masks everywhere you go” morass.

It's one thing to stay in your lane, but Grubes is on a different highway here heading in another direction entirely.
Princeton, NJ